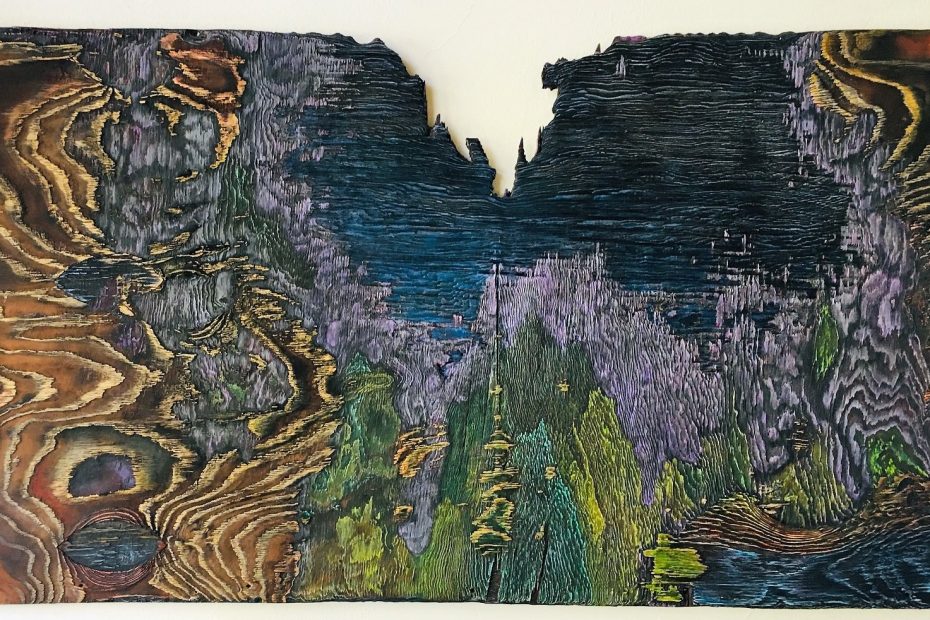 “Nature produces straightforward beauty. Even allowing for pollution’s alterations the textures and compositions created by the decay, repair and rebirth still inspire me.”

Born in Columbus, Ohio in 1960 Lorelei Stumbo grew up in the Midwest. Her art training started early as the daughter of an art professor. As a teenager Lorelei helped her father, Hugh Stumbo, in creating a cylindrical cabin in Cedar Bluff, Iowa. Still unfinished after 30 years, Lorelei is hoping to convert the cabin into an “Earth Ship” type residence.

Lorelei studied art at the University of Iowa as an undergraduate. There she worked mainly in sculpture and “found object” art. Later, experimenting with a technique learned from an art teacher from Normal, Illinois, she began burning wood as raw material for her art.

Now living in Nederland, Colorado she believes her fire sculpted art is a celebration of everyone’s innate power of imagination. Even though she may “see” a scene in the wood and try to develop it, it is her desire that each observer view the piece without prejudice of knowing her design intent. In this way, as with most human interaction, individuals create their own reality. So, please, enjoy the pieces before looking at the titles.